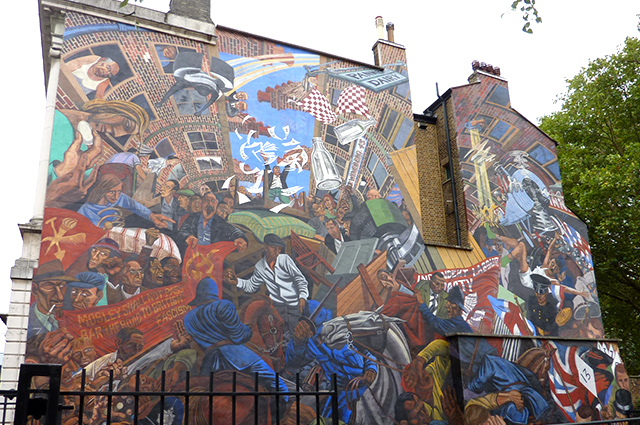 After conducting a detailed condition assessment of the Cable Street Mural alongside one of the original artists, Paul Butler, we were delighted to act as main contractor for the project to stabilise and restore the mural in the summer of 2011.

The Cable Street Mural was painted in the early 1980s to commemorate the Battle of Cable Street, when people of the East End of London prevented Oswald Mosley’s black shirts from marching through the then predominantly Jewish area. 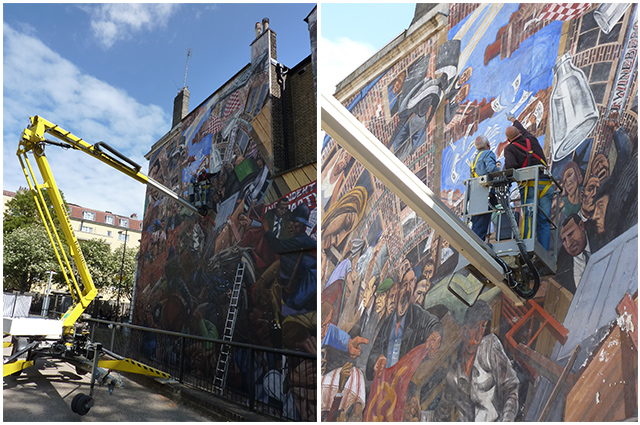 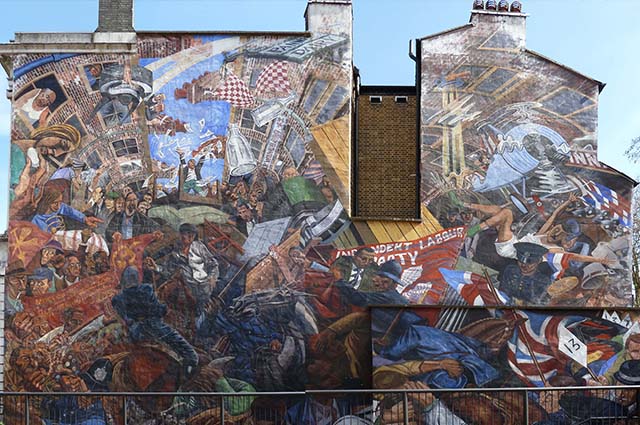 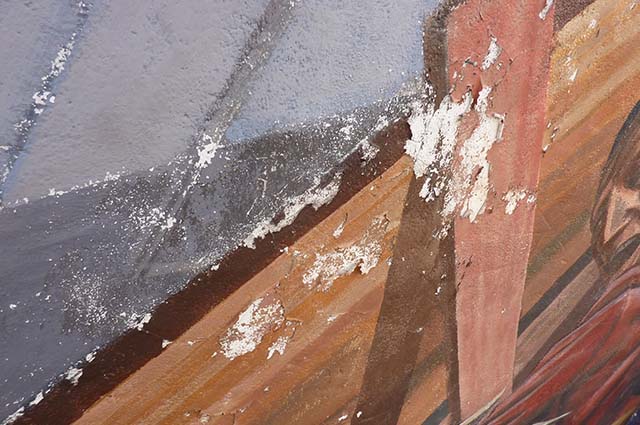 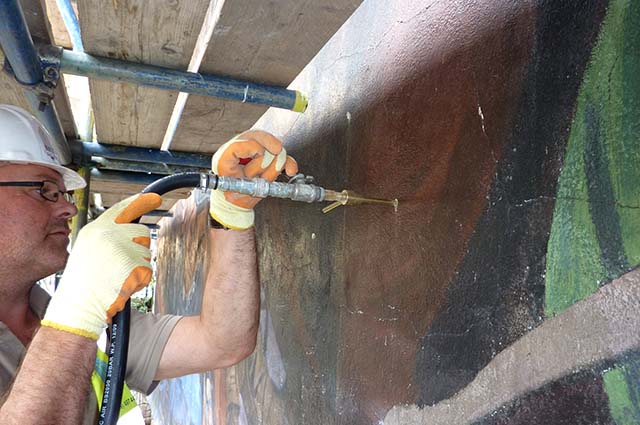 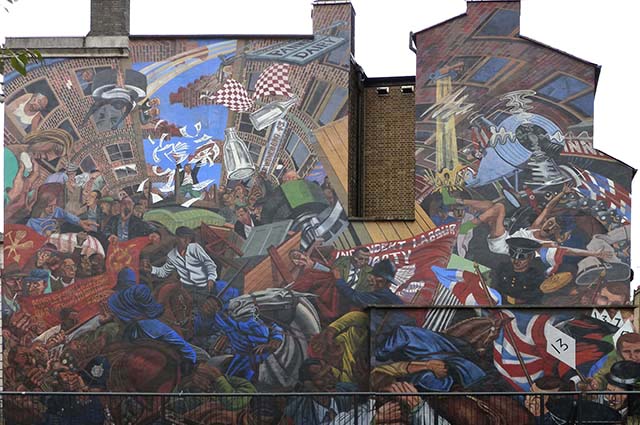