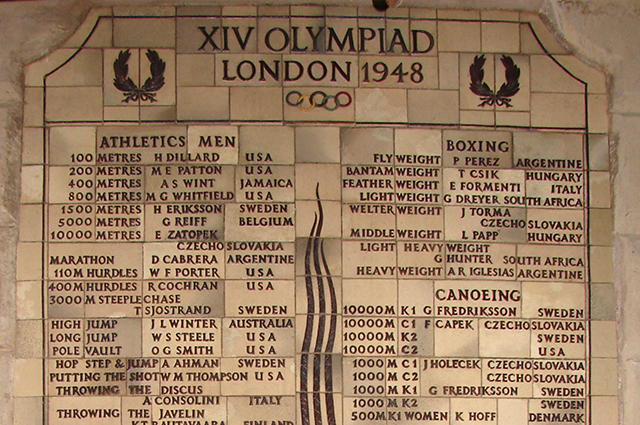 These two large plaques by sculptor Hugo Powell are constructed of glazed tiles set into concrete, and detail the medal winners of the 1948 Olympic Games. They were originally situated either side of the Royal Tunnel at the old Wembley Stadium. Hirst Conservation was commissioned to cut out the commemorative plaques, weighing approximately 12 tons each, from the wall structure prior to the demolition of the old stadium. Preliminary consolidation, facing and mould-taking was undertaken prior to cutting out the plaques, and each was further protected with plastazote within a wooden frame. 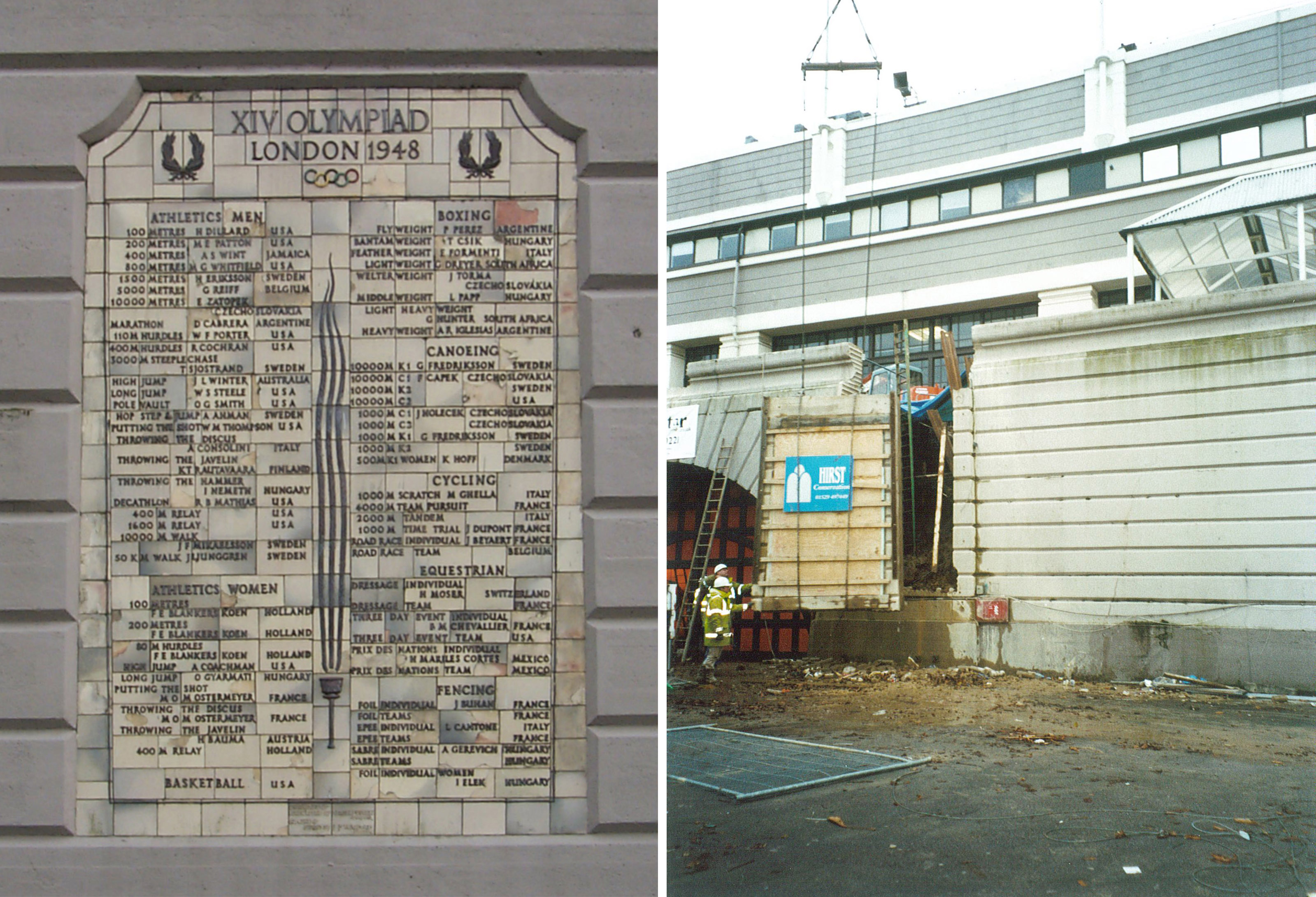 They were then conserved in our workshop, alongside a number of other artefacts, where additional consolidation was undertaken, followed by cleaning and some filling and retouching of voids using stable, durable materials. A final acrylic resin varnish was applied to the plaques to provide an appropriately textured, protective ‘glaze’.

Following completion of the conservation works, we transported and installed the plaques in their purpose-built exhibition space at the new Wembley Stadium, where they are fully accessible for all visitors to enjoy. 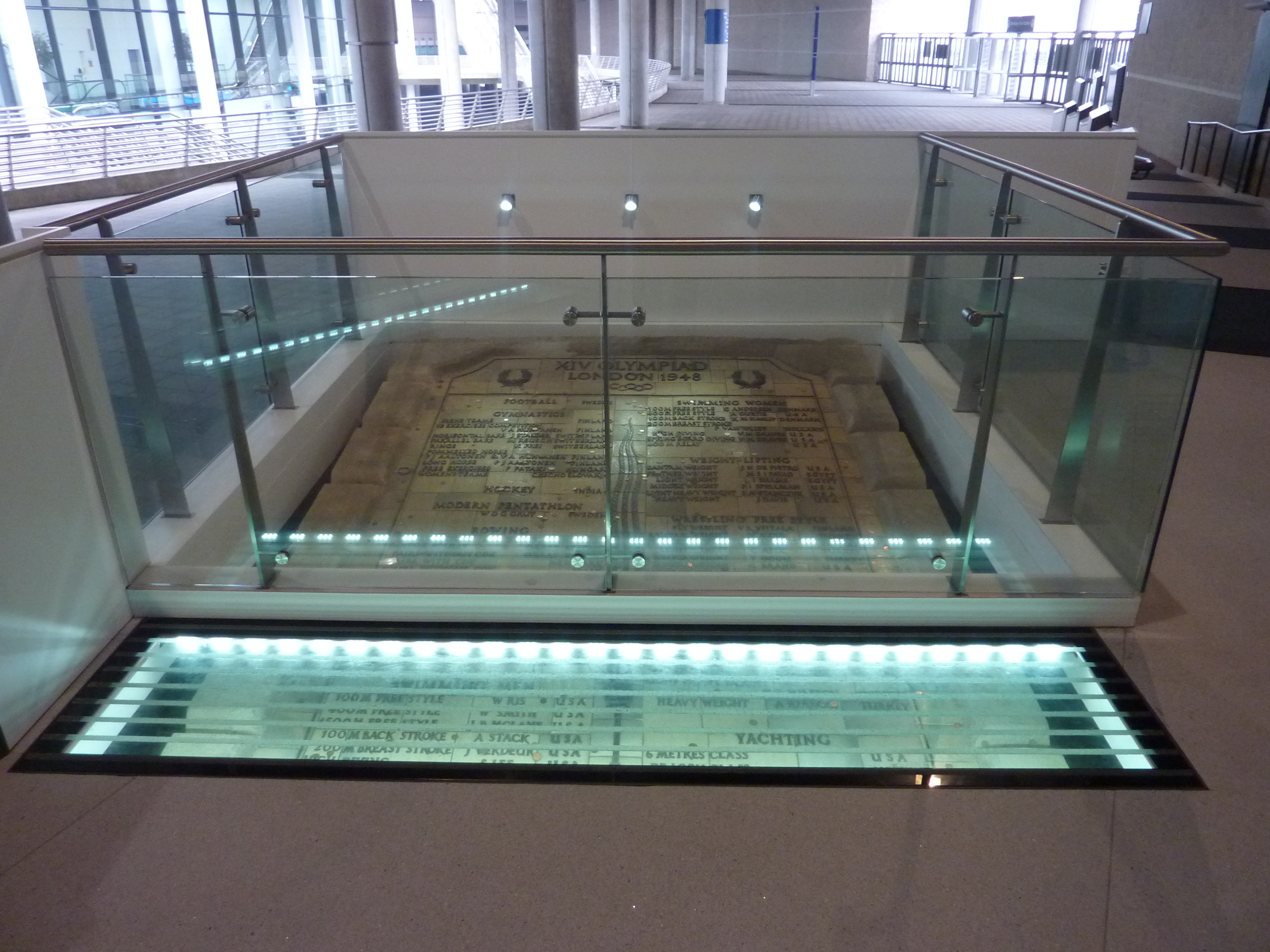