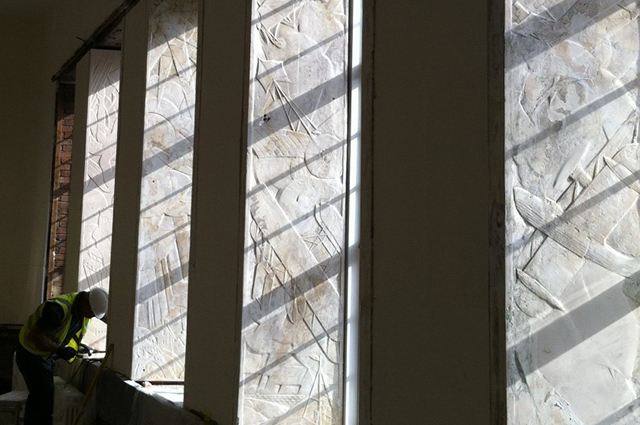 The ten Art Deco style plaster window reveals were designed by the sculptor, Denis Dunlop, in the 1930s and celebrate the natural and powered history of flight. Following neglect, vandalism and fire-damage, the panels were in a perilous state.

The panels are cast from hessian-reinforced gypsum with an integral timber frame, which required additional support; so thin steel braces were fixed to the frames and then covered with an extra coat of hessian and gypsum before works on the decoration began. They were cracked, eroded and covered in a thick, blackened crust.

The first step was to mechanically scale back the sooty deposits and the distorted paint layer beneath. Aside from the extensive network of fractures and splits, the panels had suffered severe sulphate attack, leaving the entire surface pitted and scarred. In order to secure the surface, fractures were cleaned and packed with a gypsum-based filler. Similarly, scarred areas were cleaned, keyed, and packed to a smooth finish.

Fibre-glass moulds had been taken of the panels some years previously which enabled us to cast sections, providing a guide for missing detail which was remodelled by hand and also allowed the lost panel to be completely recast.

The panels were re-packaged and shipped back to Bristol, where they were carefully reinstalled and painted. Historical evidence, supplemented by paint analysis, confirmed that the reveals had always been painted uniformly in an ivory colour. 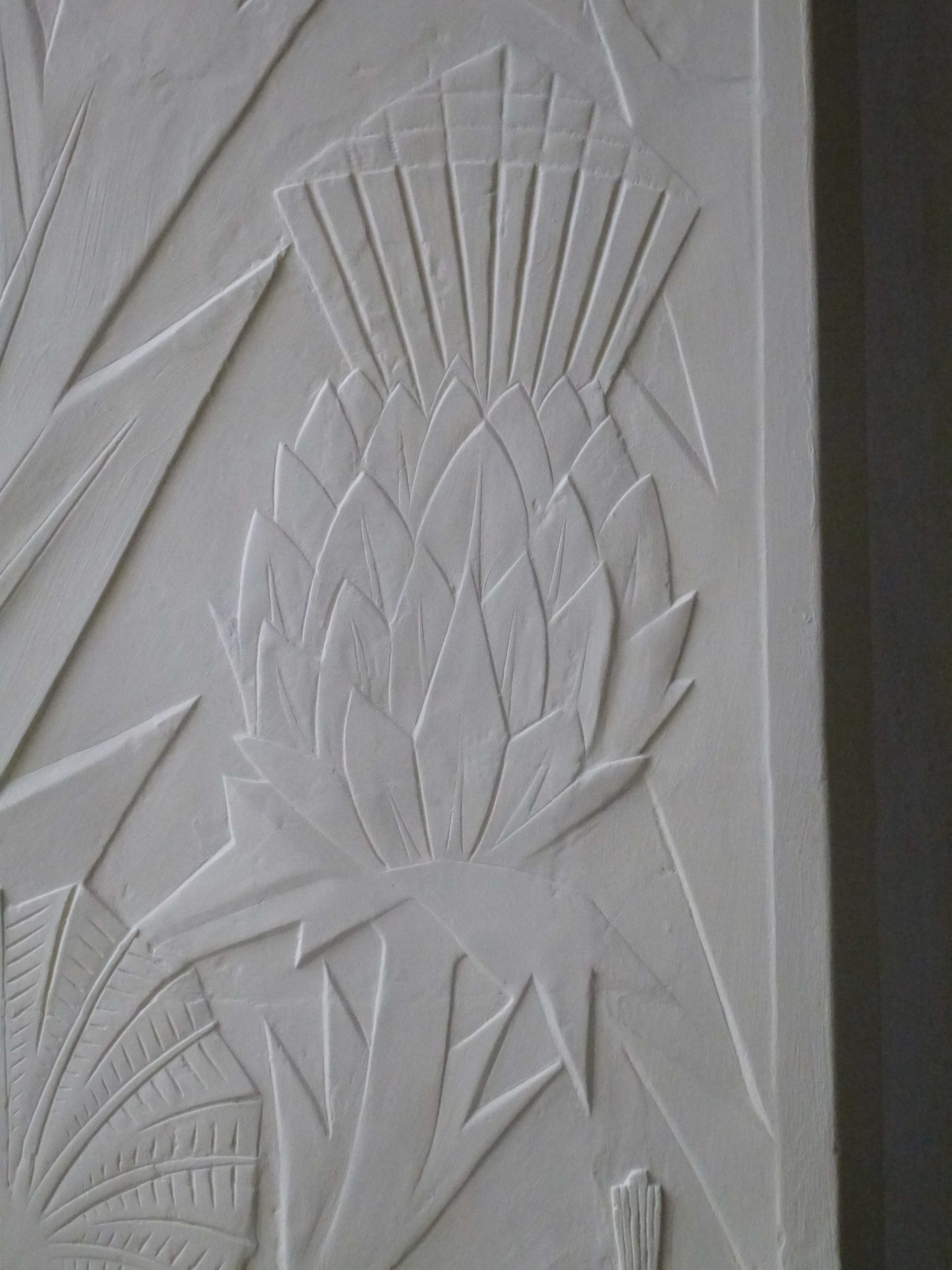