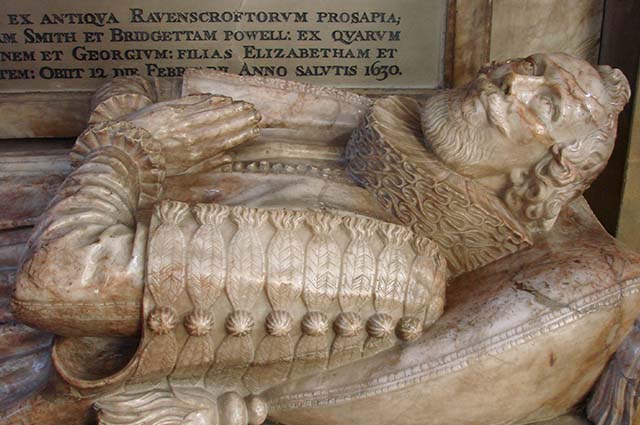 This alabaster and Purbeck marble tomb chest was erected as a dedication to local landowner Thomas Ravenscroft and his family. It features his recumbent figure on an altar tomb, with six shields of arms in memory of his six children. Above is an ornate canopy supported by three columns, and behind the figure is an inscription plaque to Thomas Ravenscroft dated 1632, with two further heraldic shields above dedicated to his two wives. Originally located on the south side of the old chancel, it was moved to its current location after the major enlargement of the church and building of the Ravenscroft chapel in 1875. 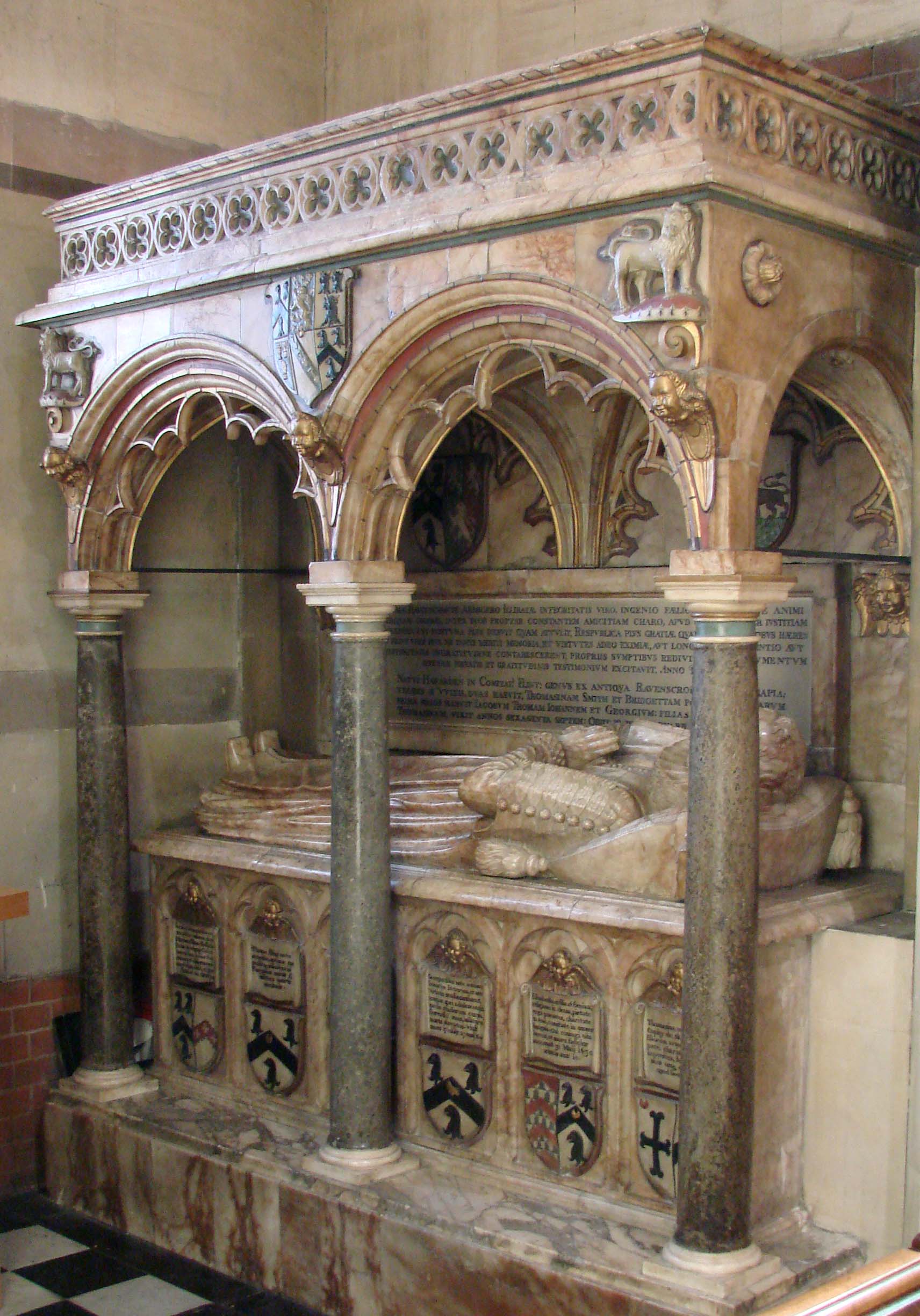 Following a provisional investigation of the tomb in September 2008, followed by a more detailed Condition Survey in October 2009, treatment recommendations were proposed and carried out by Hirst Conservation in 2010. Treatments included: removing failing mortar from joints and failing fills; securing of loose elements and repointing; consolidation, cleaning, filling and retouching of the polychromed alabaster and inscription panel.