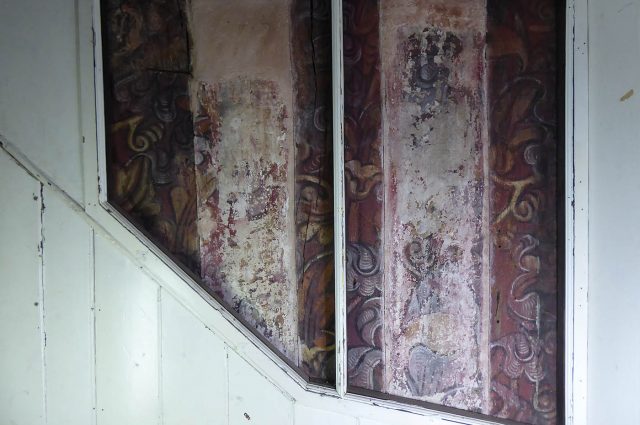 The College Cloister Building formally known as College of Vicars Choral is Grade I listed and was built between 1472-1475. The building complex initially provided lodgings for 27 vicars but the decreasing number in resident vicars led to remodelling of the building in the 16th and 19th century. 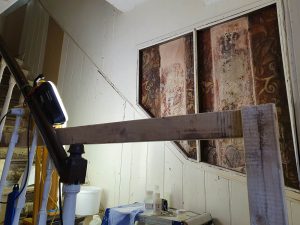 The wall paintings on the staircase

Although fragmented and faded, the remains of a wall painting within the Choir House no. 12 provide a glimpse into the past and let us imagine the splendour once hidden behind the doors of this building.

Hirst Conservation were initially commissioned to undertake a condition survey of the wall painting to assist with the redevelopment project of the College Cloister Building, which was awarded the Heritage Lottery Fund. This led to further research with conservation treatments and preventive measures being implemented between February and October 2020. 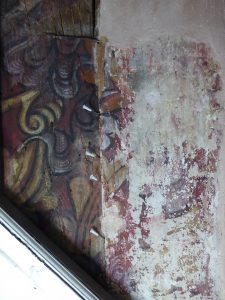 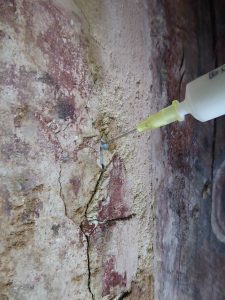 Detail of grouting with nano-lime 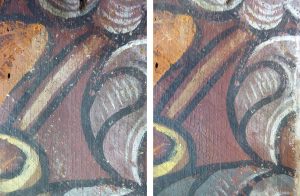 Detail of before (l) and after conservation (r)

Once the fabric of the wall painting was conserved, temporary securing measures were implemented to protect the wall painting fragment during construction. After completion of the building works our conservator returned to site to remove the temporary protection and inspected the painting to ensure its stability.