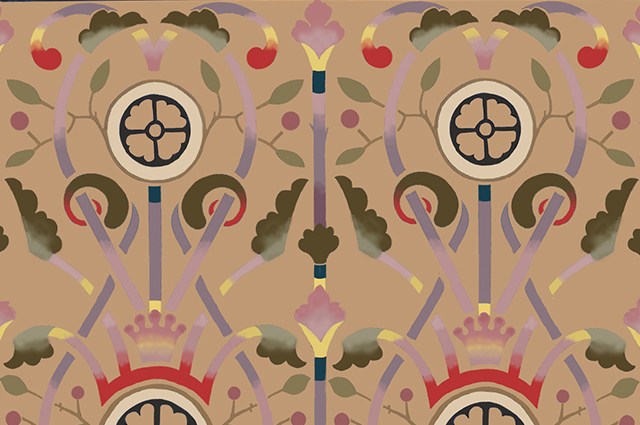 Hirst Conservation were commissioned by architects Purcell to carry out Architectural Paint Research to ascertain the extent of surviving decorative schemes to specified spaces on the first floor, including Lady Insole’s room and the south bedroom.Several schemes of stencilling were discovered through the course of the research, and reconstructions were made of the intricate scheme dating to c1878.

George Insole established the family coal business in Wales in 1830s. The construction of double fronted gabled house in 1856 was the beginning of a much extended and altered family home that continued until the family sold the estate in 1930s. Wartime occupation by the National Fire Service and Royal Observer Corps preceded 40 years of alterations by the Department for Education for staff accommodation, a library and Traffic Police Headquarters.

In 1991 the Insole Court Action Group was founded, later renamed Friends of Insole Court, to preserve the building by finding alternative uses. A fire in 2004 resulted in demolition of the stable yard and health and safety concerns resulted in the closure of the building in 2007. In 2008, following a £2.5m refurbishment the ground floor of the building was opened to the public for use as a community facility however the upper floors are still vacant. 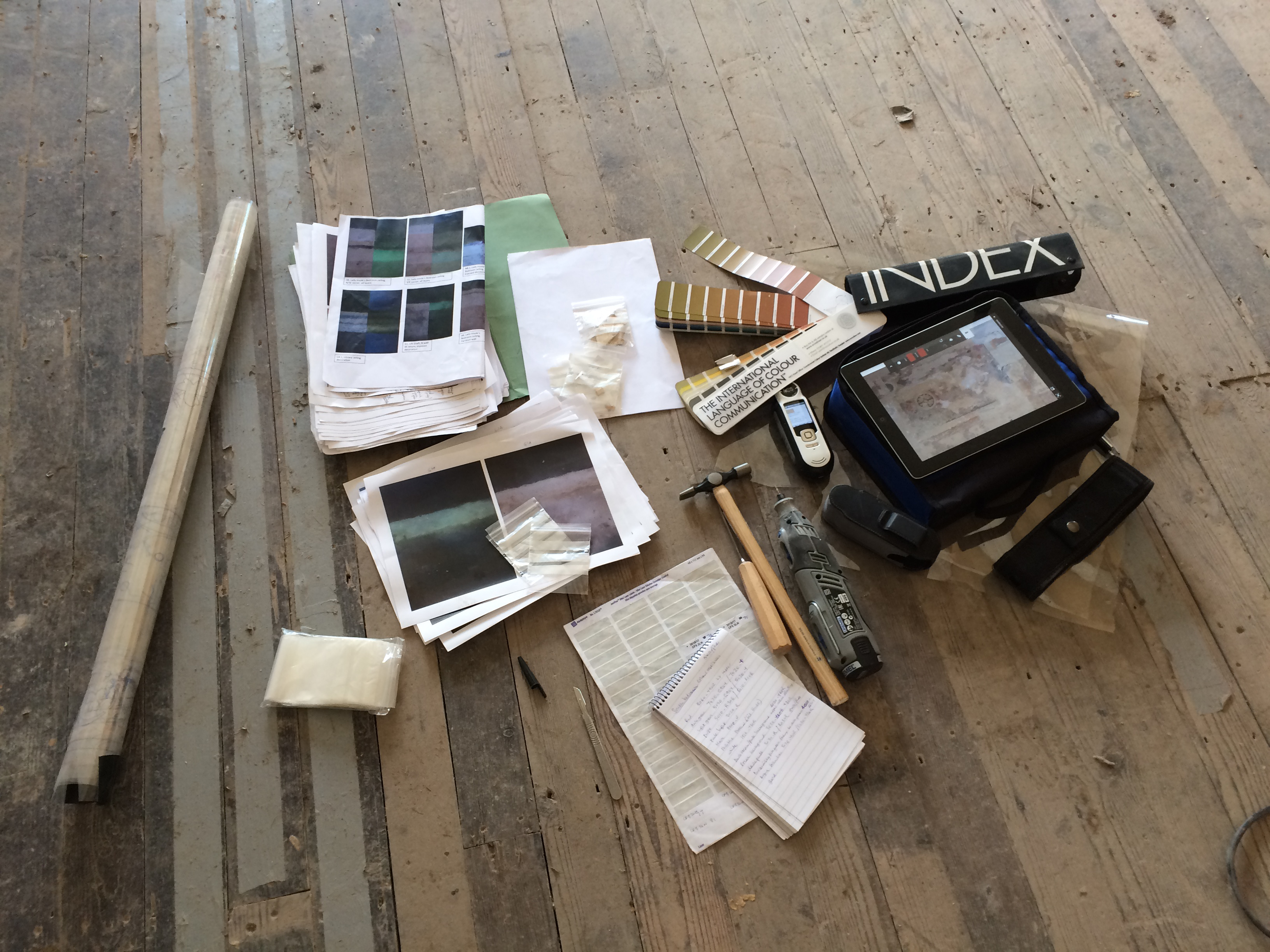