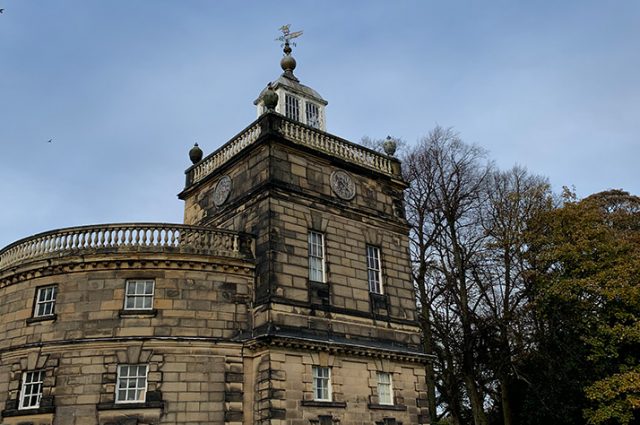 Wentworth Woodhouse is one of the largest country houses in Europe, located close to Sheffield and Rotherham in South Yorkshire. Effectively constructed as two houses back to back, the east facing Palladian House has been part of significant conservation works since the house was acquired by the Wentworth Woodhouse Preservation Trust.

Hirst Conservation were appointed consultants for architectural paint research in 2018 and have supported the Trust in a number of phases of work at this magnificent property. 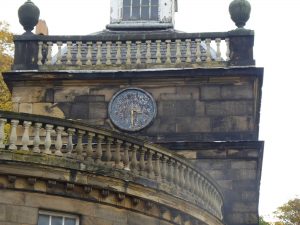 Once such project was the investigation of the paint finishes to the turret clock dials and weathervane to the North Pavilion. With funding secured from Historic England Heritage Recovery Fund the Trust were able to include these works at the end of the works to the main house.

Access to the clock dials was undertaken by MEWP to enable sampling prior to the erection of the scaffolding that would enable the dismantling of the weathervane and restoration of the clock and dials. 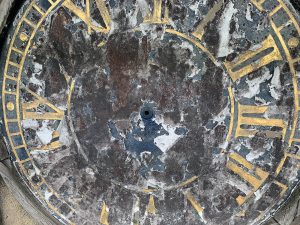 The south facing dial showing the extent of paint loss. 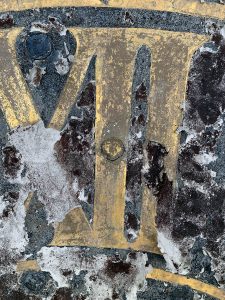 Detail of the decoration to the clock dial 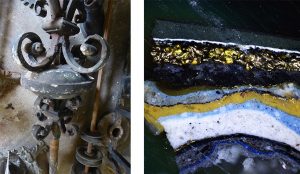 Sections of the weathervane to the South Pavilion were already retained in storage enabling easier access for sampling. Here repeated use of blue and gold was revealed and, with additional funding secured by the Trust, the weathervane was restored to its gilded splendour informed by the findings of the paint research. 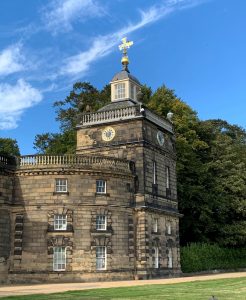 The North Pavilion basking in sunlight highlighting the restored gilding to the clock dial and weathervane following removal of scaffolding.