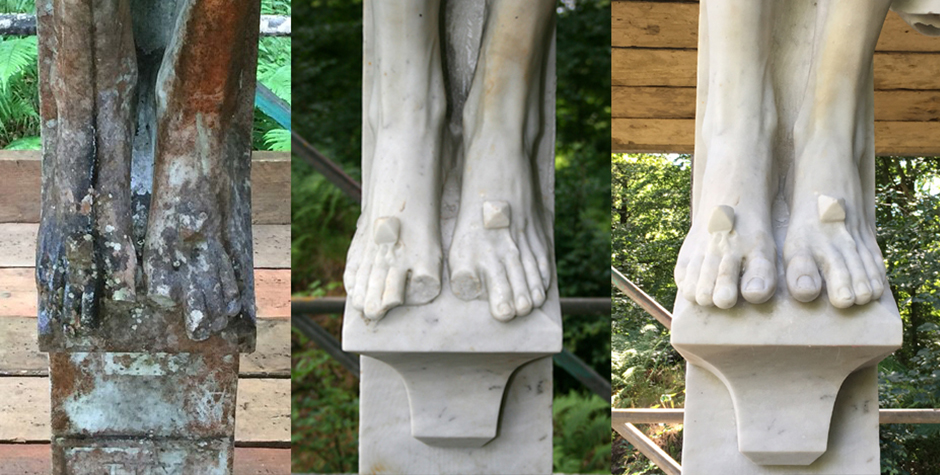 Hirst Conservation is delighted to have just completed a transformational programme of conservation and restoration to a white Carrara marble crucifix at Dumfries House.

The entire crucifix was carved from just a single piece of Carrara marble. Surrounded by trees and wild vegetation, it was extensively colonised by organic growth, moss and algae. Indeed it was so highly discoloured it appeared to be made of timber or metal rather than marble.

The statue was erected in 1900 in memory of the 3rd Marquess of Bute and was located on top of a small hill along one of his favourite walks. As well as the incredible level of discolouration, several fingers and toes of the figure were missing and there were a number of cracks to the plinth.

The appearance of the marble was recovered with the application of a biocide treatment, the removal of the organic growth and a final cleaning treatment using a steam system and localised poulticing. Visual coherence was returned by replacing the missing fingers and toes, these were carved offsite in marble using cast impressions of the areas of loss. Finally, to stabilise the plinth, the cracks were cleaned, filled and sealed. 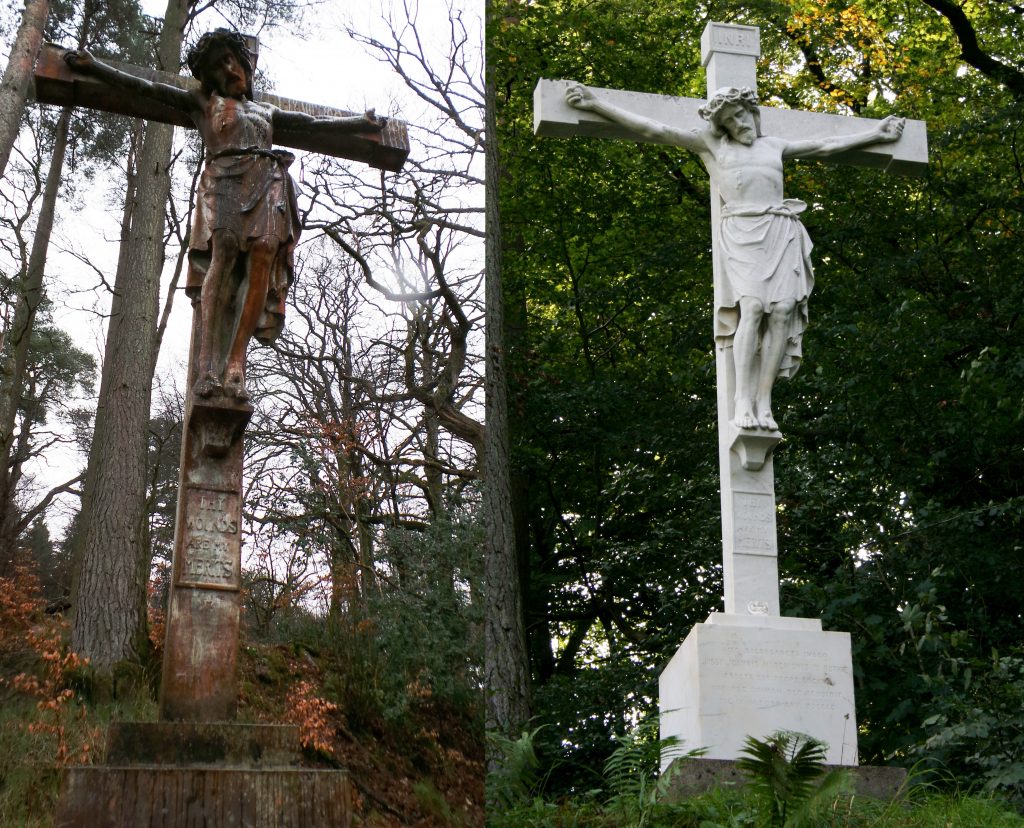 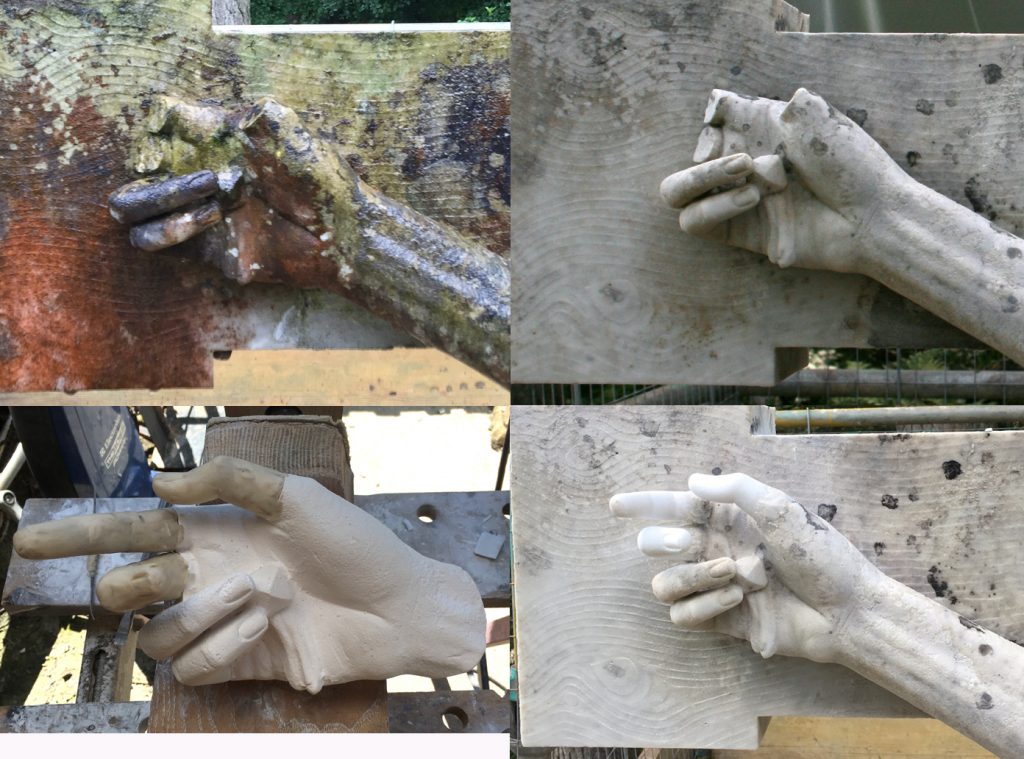