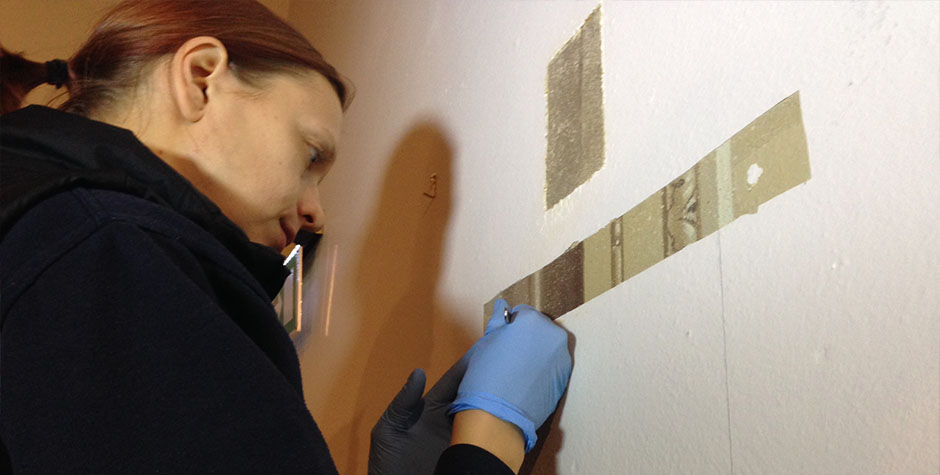 Following the completion of the conservation works to the painting of Fame & Victory (c1740 by Francesco Sleter) above the East Staircase at Stowe, Hirst Conservation were commissioned to carry out further investigations to the walls.

During the course of the conservation works, whilst the fixed scaffolding was still in position, Hirst Conservation was asked to carry out architectural paint research and redecoration works to the cornice. During these works, in a raking light, it became apparent that there was decorative scroll work to the frieze between the upper and lower cornice. Some preliminary uncovering tests showed that there was a painted frieze, and further investigations of the walls appeared to indicate that the scheme of wall paintings extended onto the walls beneath.

The wall paintings appear to be part of Sleter and Brunetti’s original scheme, with a number of trompe l’oeil niches painted in grisaille. It would appear that they were painted over relatively soon after their creation, and have survived quite intact beneath. Further investigation into this fascinating scheme of Baroque wall paintings is being planned. The rediscovery of a scheme of wall paintings of this period, that have long thought to have been destroyed, has been thrilling for the conservation team involved. 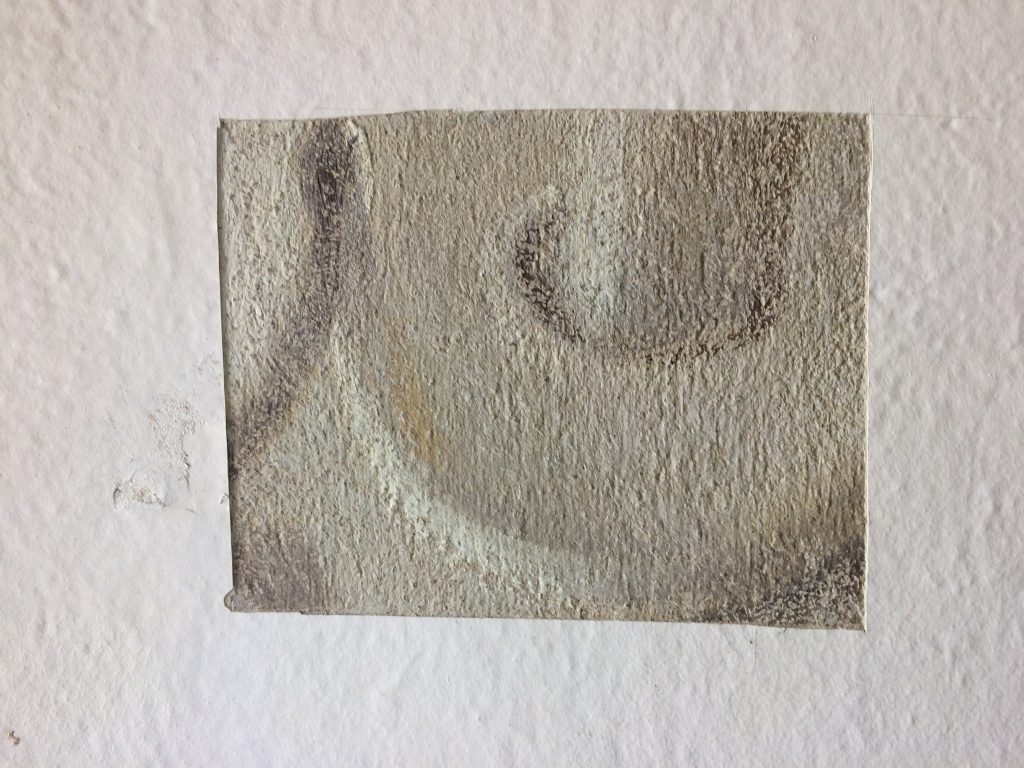 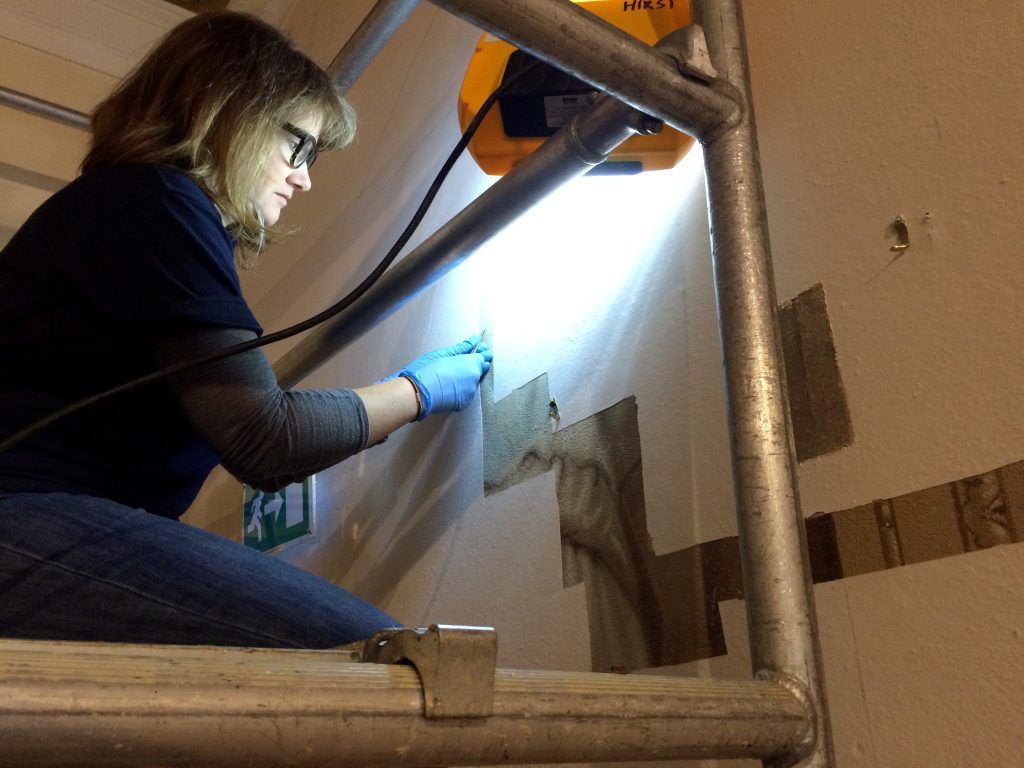