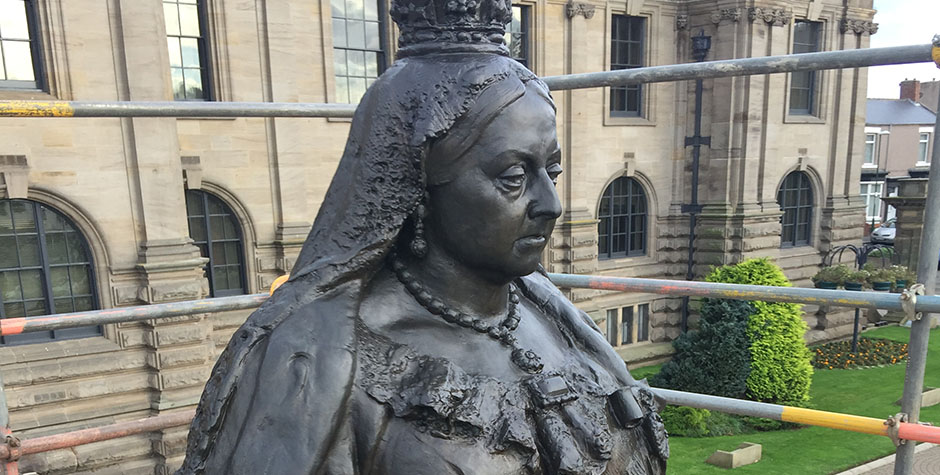 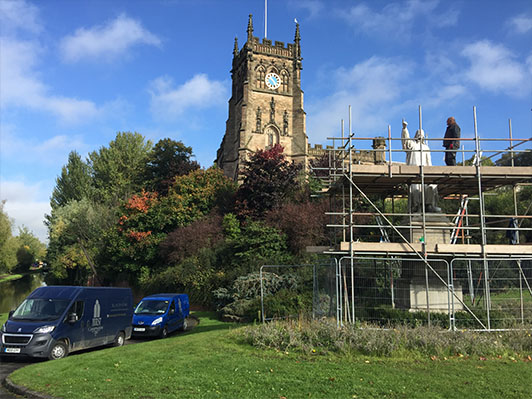 Grade II listed Richard Baxter Monument is located outside St Mary’s parish church in the parish of Wolverley and Cookley, near Kidderminster, not far from a busy dual carriageway. The monument was built in memory of Richard Baxter almost two centuries after his death in 1691. Richard Baxter was curate and later vicar of Kidderminster (1641-1660). He wrote ‘The Saints Everlasting Rest’ and the hymn ‘For all the Saints’. The monument was sculpted by Sir Thomas Brock and unveiled on the 28th July 1875. It was moved to its present location in March 1967.

Sicilian marble figure of Richard Baxter stands on an Aberdeen granite pedestal. The statue, surveyed in March 2013 was covered with a layer of carbon and greasy deposits and biological growth. Black carbon deposits have built-up in the areas sheltered from the elements, such as the folds of the figure’s robes. The surface of the marble figure exhibited pitting, particularly in the more exposed north sections, as well as fracturing and delamination. Some of the smaller carved detail had been lost. Surface erosion to marble (sometimes called ‘sugaring’) was also evident to the outer edges of the folds in the robes and feet, revealing the white crystalline marble beneath. Previous repairs to mouth and wrist had been executed in cement. Mortar analysis showed that the figure was bedded in a cementitious mortar. The damage appeared to be ongoing with the fractures susceptible to water ingress and freeze-thaw erosion. The granite pedestal was also covered in organic matter and earlier stabilisation works were evidenced by the presence of copper alloy cramps, introduced to tie the fractures in stone. It is likely that relocation of the statue had a severe impact on its preservation. 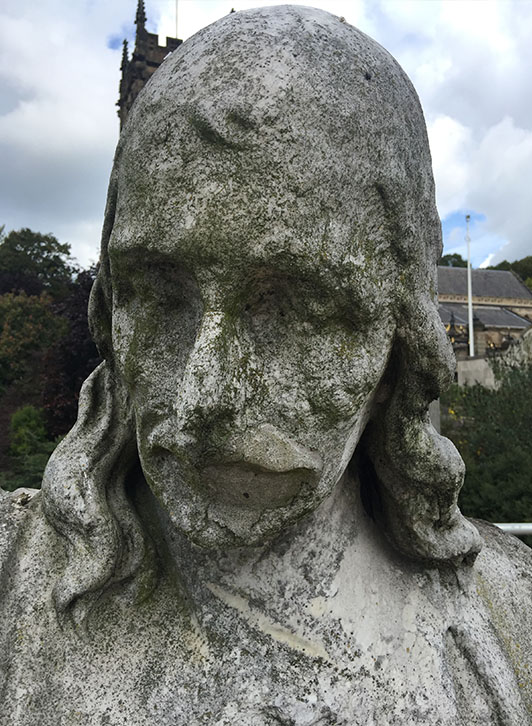 Treatment was undertaken in October 2017 and involved initial consolidation of marble with nanolime, followed by steam removal of the organic growth. Thicker deposits of black gypsum crusts were removed by the application of ammonium carbonate poultices. Mortar repairs involved removal and replacement of failing pointing to the plinth and cementitious repair material. Lime sheltercoat was applied to the surface, aimed to protect it from elements and fill the fissures to prevent water infiltration. 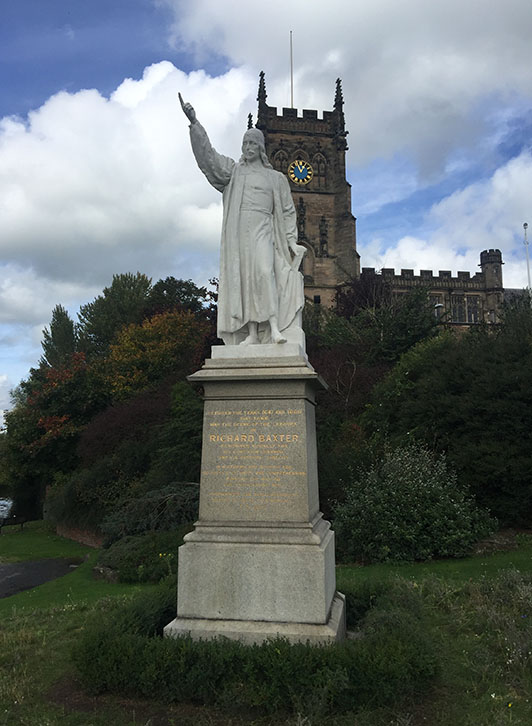 The bronze memorial statue to Queen Victoria was added outside the front of the Grade II South Shield Town Hall in 1913. Similarly to Richard Baxter statue, it stands on a granite pedestal. The statue was covered with green patina, causing some staining to the stone underneath, and some of the lead letters were missing from the inscription. 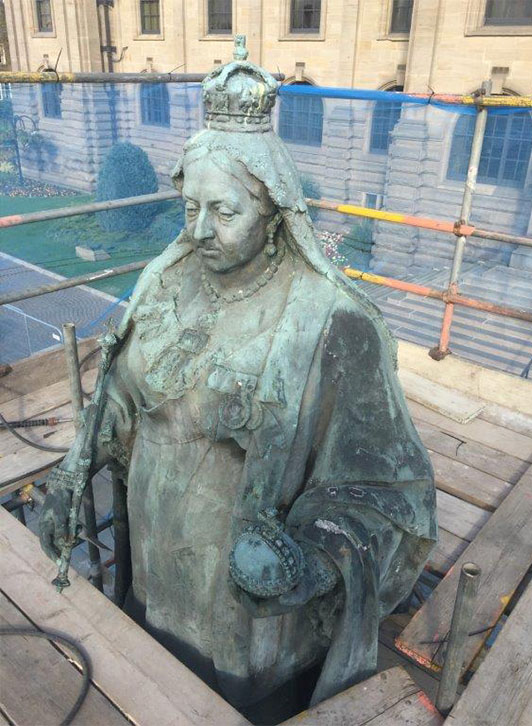 The statue was cleaned with variable pressure steam system and the bronze cast was re-patinated with sodium polysulphide solution. A blend of carnauba wax was applied to the surface of the statue to provide protection from the moisture. Poultices were applied to soften the black gypsum crusts on the surface of granite prior to removal with brushes. Failing pointing was carefully removed and the joints re-pointed with lime mortar. Missing parts of the lead letters were cut out of lead sheet and patinated to match the original inscription. 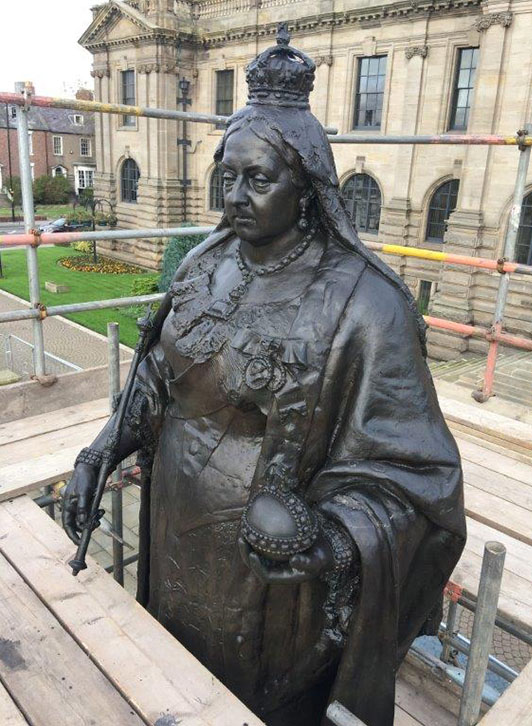