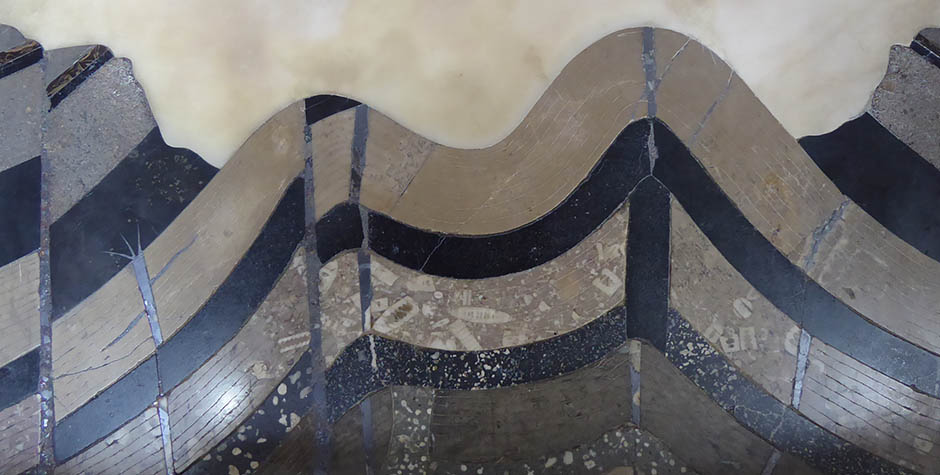 Following damage in 2017 we were appointed by Derbyshire Borough Council to undertake works to the White Watson Tablet. The small but beautifully crafted plaque (1794) from Buxton Museum depicts folded and faulted strata of Ecton Hill on one side with various rock types in a pattern on the other, fashioned in local rocks and minerals, e.g. Crinoidal limestone, richly veined and coloured alabaster, with crystals of galena and haematite used to define the fault lines.

It had been severely damaged and broken into several large and many small fragments and arrived at our studios as a 200 piece three dimensional ‘jigsaw’ puzzle, requiring careful and painstaking reconstruction, numerous small repairs, filling of fine cracks and final colour matching/retouching. 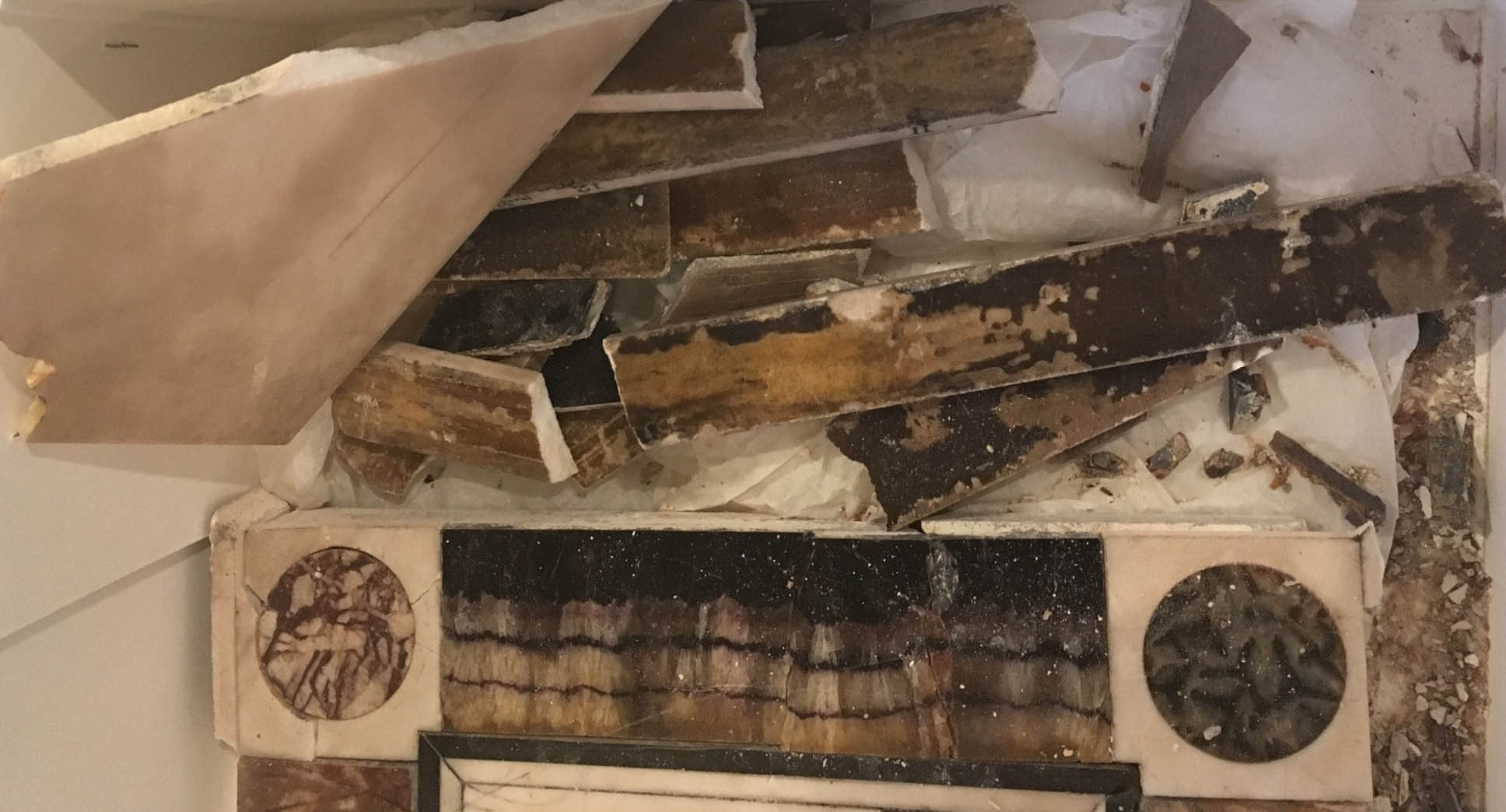 Reversible resins, pigmented where necessary, were used. Most of the original powdered and fragmented materials were also incorporated to faithfully restore even the smallest blemish, or to replace the many missing tiny crystals of galena, with the help of photographs of the plaque taken before its demise, such that it can now be considered fit for display. Custom mounts are being produced to allow the visitors to see both sides of the tablet. 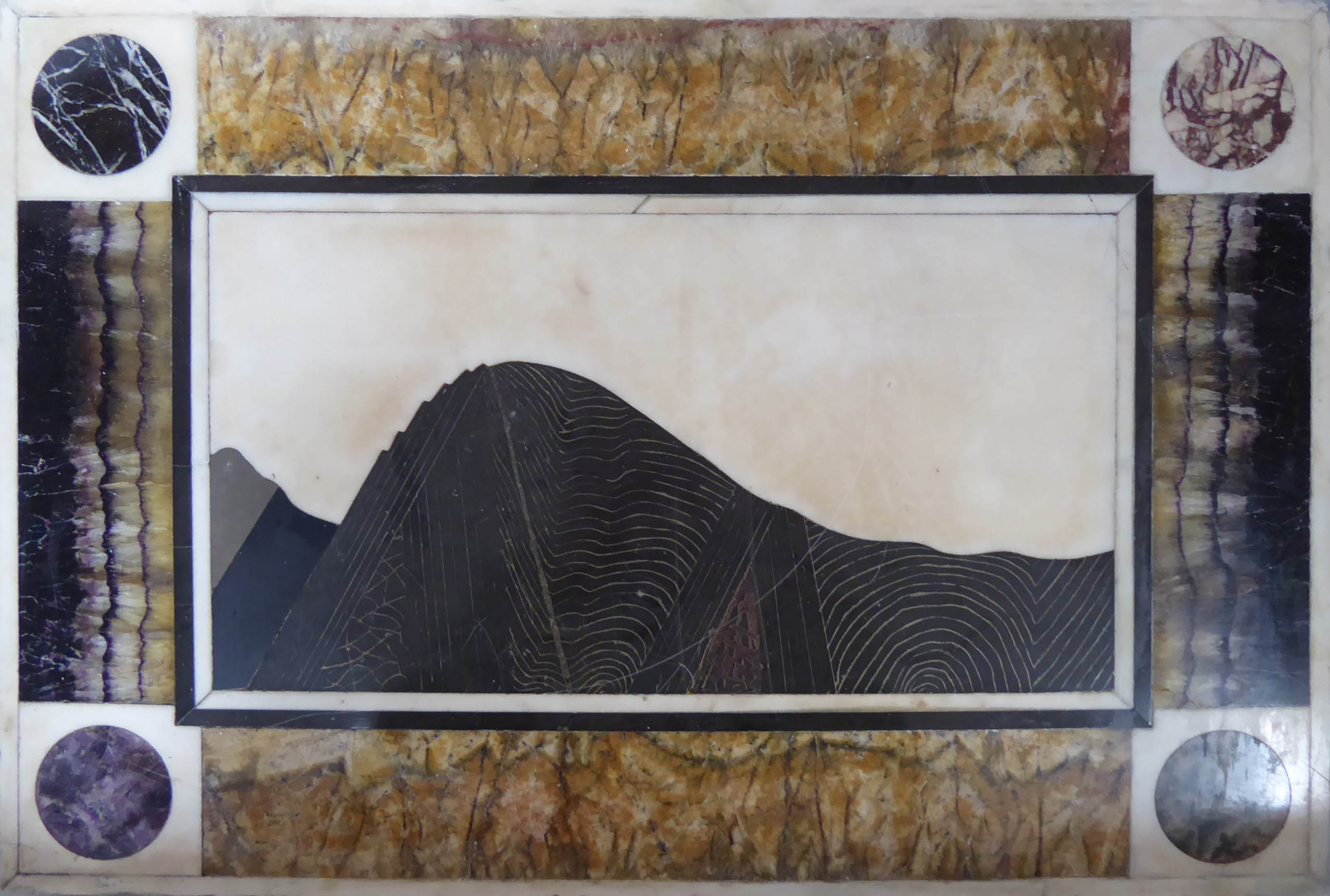