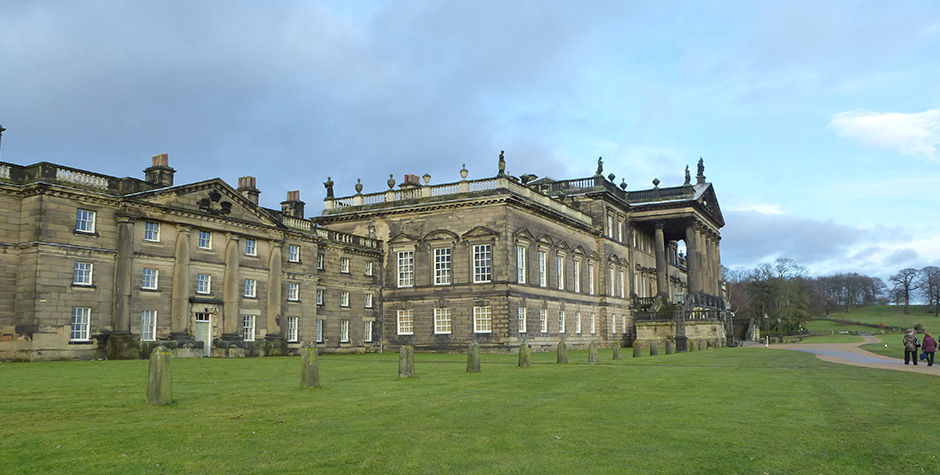 Hirst Conservation have been undertaking a number of surveys at the glorious Wentworth Woodhouse outside Rotherham, South Yorkshire. Once a family home, the house was acquired by the Wentworth Woodhouse Preservation Trust (WWPT) in 2017. Renowned as once the largest private stately home in the country, the east front boasts a magnificent 600 foot long façade.

Donald Insall Associates were appointed by the Trust to oversee much needed works funded through a Government grant administered by Historic England.  Phase I is almost complete to the Bedlam Wing and Phase II is due to commence later this year. We were delighted to be appointed specialists to undertake survey works to the plaster ceilings, exterior statuary and urns, architectural paint research, scagliola and the magnificent inlaid marble floor to the marble saloon. 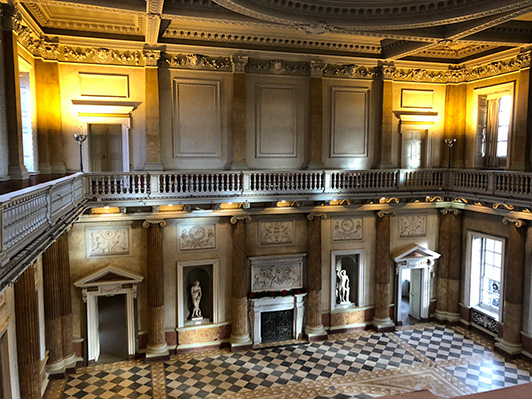 The quality of the ornate plasterwork is very good and much of it is known to be the work of the Rose brothers. Sadly it has suffered from water ingress and movement of the building over many years and the application of impermeable paint films at some point. 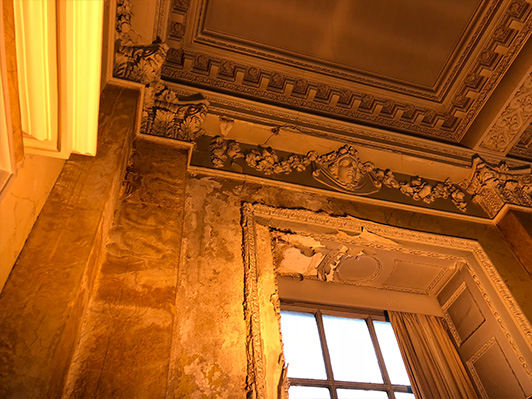 Architectural paint research has already been undertaken to the exterior windows with up to 29 schemes of decoration found, most of them applied in lead based oil paints.

The building is due to be covered in scaffolding prior to the renewal of the roof when work to the ornate plaster ceilings will commence. This is the start of a long term project and those wishing to see the building before the works are recommended to book a tour before the end of the year. Don’t despair if you don’t get a chance to visit this year, tours will continue and will enable visitors to see some of the works being undertaken. For further details see https://wentworthwoodhouse.org.uk/