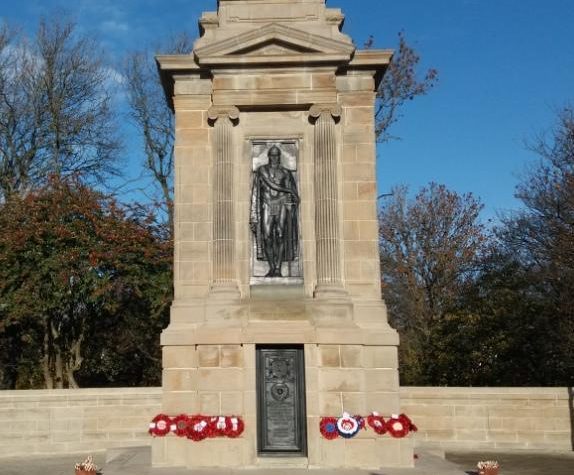 This year’s Remembrance Day is very special as it marks the 100th Anniversary of the WWI Armistice, and in honour of this we were commissioned by the Gateshead Town Council to prepare their magnificent Cenotaph prior to the 11th November celebrations.

Gateshead Cenotaph was constructed in 1922 of Heworth Burnstone to commemorate the 1,545 Gateshead men who fell during the First World War.  Later inscriptions were cut in to the stone following the Second World War.

The stone cleaning and repair was undertaken by a local Gateshead company and we were engaged to restore the bronze plaque which consisted of a half-nude warrior with a bronze door below the plaque which allowed access to the remembrance chamber within the Cenotaph.  This later bronze door having replaced an earlier door made of teak. 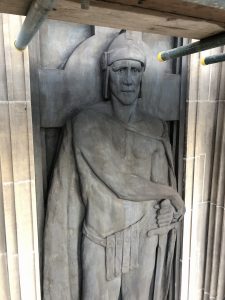 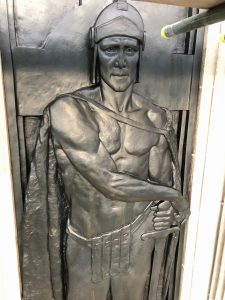 Following removal of any accretions which had collected on the surface utilising variable pressure steam cleaning, the bronze was re-patinated with a sodium polysulphide solution.  A blend of pigmented carnauba wax was then applied to the surface to provide protection from moisture and to achieve the required uniform finish. 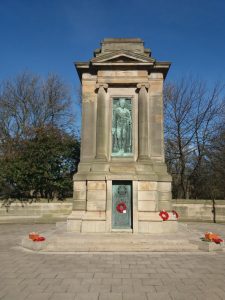 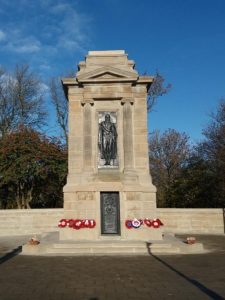 Further details on the Gateshead Cenotaph can be found on the Imperial War Museum at:  https://www.iwm.org.uk/memorials/item/memorial/2102 or the North East War Memorials Project at:  http://www.newmp.org.uk/detail.php?contentId=7295. 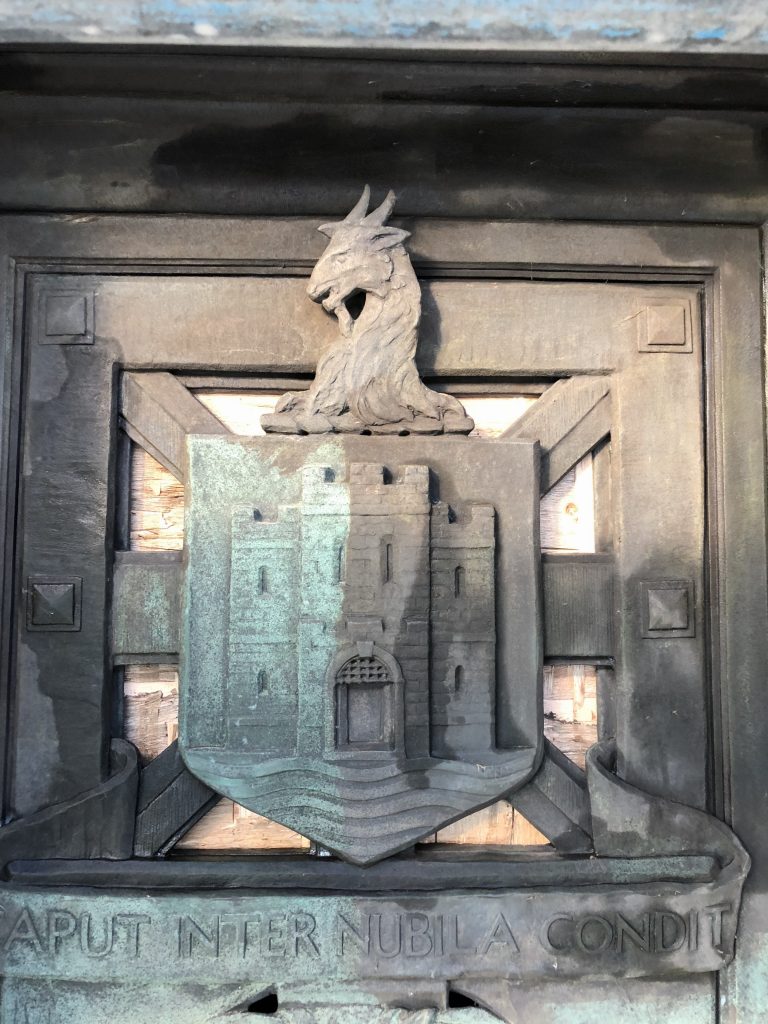