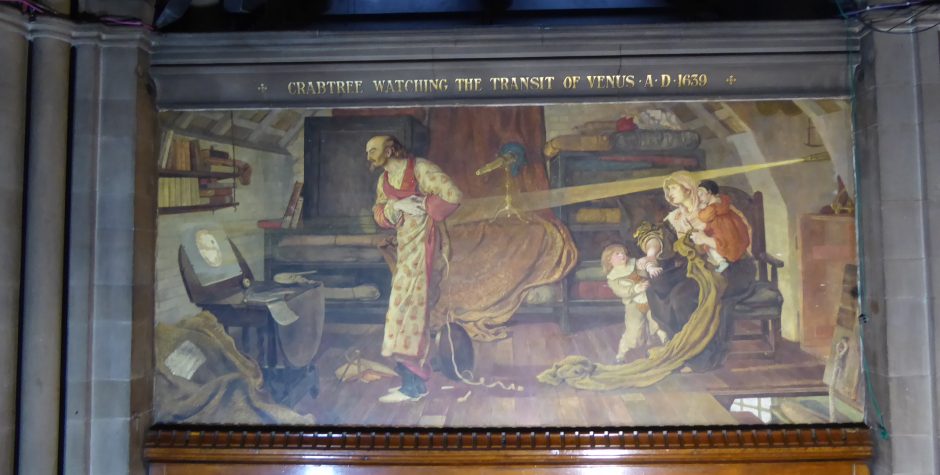 Towards the end of 2018 Hirst Conservation were appointed specialist consultants to Conlon Construction Limited on behalf of Manchester City Council for a number of decorative packages to the investigative phases of the Our Town Hall project at the Grade I listed Manchester Town Hall.

The six-year long project saw the closing of the building in January 2018 to enable much needed repair and renewal works. The iconic Victorian building by Alfred Waterhouse is due to reopen in 2024 with plans still being formulated by project architects Purcell following the results of the investigative works.

Working over nine floors, architectural paint research incorporated over 900 samples to 36 spaces and included research to high status rooms such as the Conference Room (former Council Chamber) and Banqueting Hall (see images below), general offices, corridors, Lord Mayor’s apartment and storage spaces. The use of stencilling, simple repeated colour schemes and wall coverings was seen across the building. Some alterations to the building have naturally occurred since it opened but many principal spaces appear little altered. 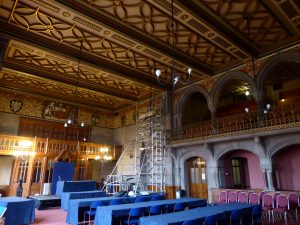 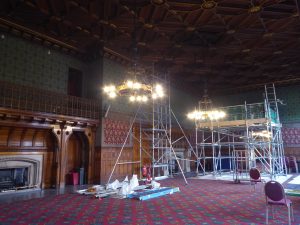 The original floor plans, discovered and digitised in the last few years, revealed the original function of many of the rooms. Access to archival images held within Manchester City Library and Archives further underpinned the programme of research which revealed a significant number of surviving schemes.

Our commission also included a condition survey of the Manchester Murals (1879 – 1893) in the Great Hall. This was undertaken to understand the current condition of the paintings and plan protection works during the six year long project. These significant paintings by Ford Maddox Brown record notable Christian and Commerce related events in Manchester’s history.

We were delighted to be invited to host a CPD event in February for project staff discussing the importance and function of architectural paint research and reveal some of the findings of our research. The scope for interior decorations is still being developed by the architect following our research and we are keen to see how the project develops over the next six years. 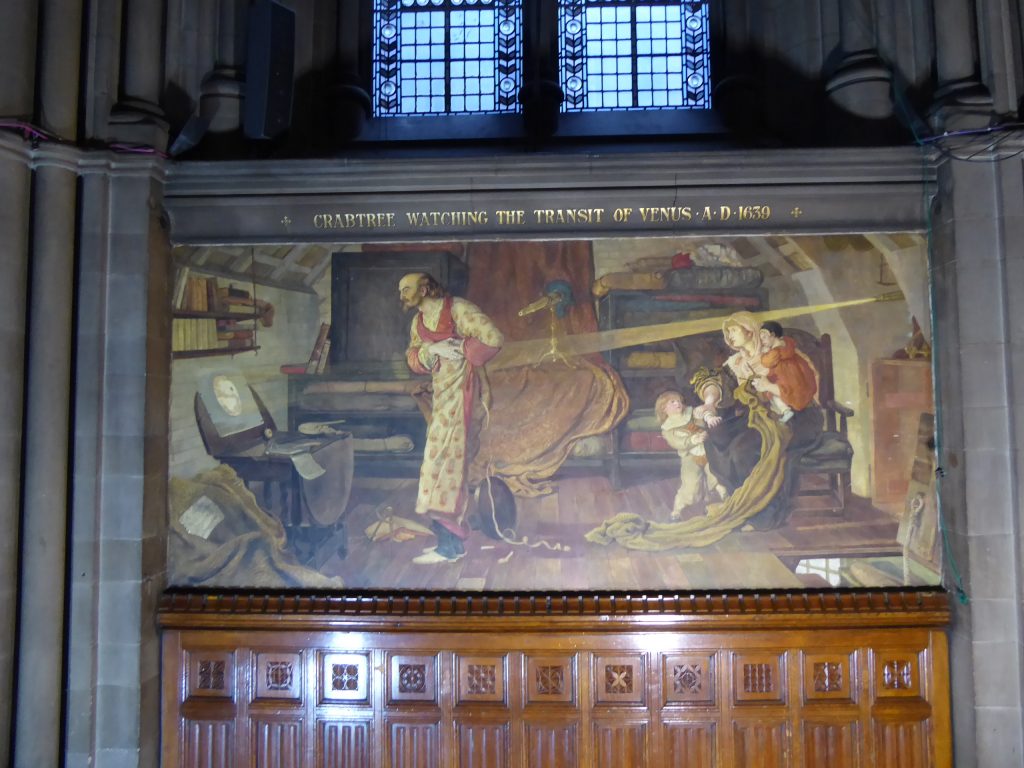 Image: one of the Ford Maddox Brown Mural from the Great Hall